My Children are Proud of the Work! 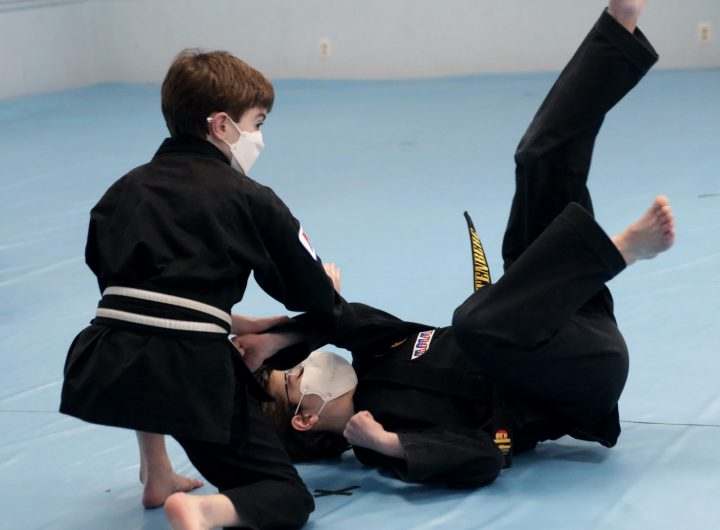 I have had 3 children go through the program at KI. Two of them currently teach at the dojo, (and the third hopes to very shortly). They hold a variety of belt levels, in multiple Martial Art forms including Karate, Judo, Jujitsu, Kendo, and Iaido. Their highest ranks are in Karate, currently, Deputy 4th Degree (Jacob, rising Sophomore in College), 3rd Degree (Noah – 16 yrs), and Junior 2nd Degree (Eli – 12 yrs). The oldest is currently testing for Black Belt in Jujitsu.

What’s wonderful is we were able to look at their progress on their Class Card, together, and see what they were working on, and what needed to happen to get it passed off. Sometimes it was more time in the class. We would see if we could attend a second or third (or even fourth!) time, per week, for the next few weeks.

Sometimes they needed a private lesson to really drill down on one skill or another. Sometimes it meant practicing at home. There was always something we could do together to help our sons feel that they had control over their progress. Achieving rank isn’t something bestowed on to them, it’s something they worked for and earned.

One of my youngest son’s first sentences was “I so proud myself” as he pointed to his belt. That’s the feeling we wanted our kids to have.

There came a time when one of my sons wanted to quit karate. I told him the grown up way to quit something is to do it face to face. I asked him to come in to the dojo to discuss it. Sure enough, as soon as he was there, he ran into class with no mention of quitting.

The reality was he didn’t want to stop karate. He hadn’t wanted to stop playing at the moment to change into his Gi and go to the dojo. The truth was, once he was there, he loved being in class. (And boy did he need to get out some energy!)

Mr. Josh, Mrs. O, and Ms. Palmer and everyone else at the dojo are extremely helpful in guiding our kids. Whenever there was a question about our child’s interest in continuing or frustration with their pace, it was helpful to talk with someone and let them know what was going on. They were always terrific at having the teachers give lots of positive encouragement and knew just how to help our sons feel confident and encouraged.

I can remember Mr. Maidon sitting down with one of our sons on the mat and telling him he wasn’t going to reach his next belt that month. I was worried my son would be upset. Instead, he came running up to me after class, very excited with the feedback Mr. Maidon had provided. He felt so good about himself even though he was not getting his next belt. It’s about the process, and the progress, not the reward.

Karate has taken our kids from being high energy and distractible, with not enough self-esteem, to being strong, confident and mature, able to work for what they want, and with clear understanding of delayed gratification. They know the best things in life are worth working for. They know how to take larger goals and break them into small manageable chunks. They know they are valued and trusted. They know they’ve earned their rank and are proud of their WORK. Proud of the work, not proud of the belt. That’s the difference.