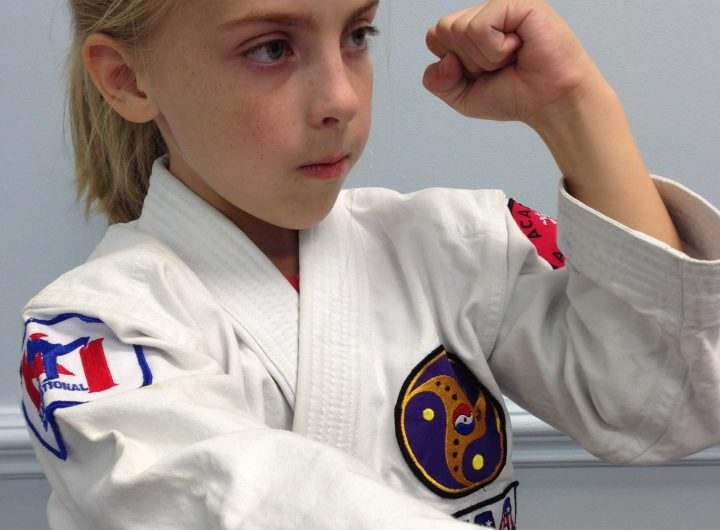 What all parents need to know before middle school.

Over the many years of teaching martial arts, I have come to learn that what we give our young students is much more than a martial arts activity.  These children learn goal setting and focus.  They develop confidence through their own hard work.  They learn about success and overcoming obstacles.  I was reflecting on a favorite “karate kid”.  These are the kids who grow up in our dojo and turn into amazing adults. (read more)

One of my favorites, Frances, is 18 now, and has graduated from High School.  She is the rare one who has no presence on Facebook.  She is the one who worked hard in school, worked hard on friendships and created a positive atmosphere for us at the dojo.  Many of our teenage Black Belts work for us when they turn 16.

As our assistant manager as early as age 16, in addition to being an assistant instructor, she became the face at our Front Counter and greeted students daily.  Frances left us recently, to join the US Naval Academy.  We are very proud of her hard work and discipline, combined with great parenting, to get her to this new journey in her life.  Frances’ parents put her in Karate when she was 10 years old.  She pursued the martial arts with passion and achieved her Black Belt in Karate in just over three years.  She then moved into cross training in Judo and Jujitsu, earning Black Belts in both.

It isn’t necessary to explain all of Frances’ accolades in school and in the dojo.  She shined and everyone saw it in her.  She shared that success in life with everyone that walked through our door.   If a parent wants to know why they should put a young daughter in the martial arts, Frances would be a great example.

Girls needs to build an inner strength that cannot be questioned by anyone.  They need a source of power that will carry them through life with humility and with proof of success built into their future.  In our Karate classes, our young students begin with the smallest of rewards, a simple stripe on their white belt.  The rewards are spread out over time and the student learns that the actual reward is the physical accomplishment.  We tell all students they can achieve.  We also let them know that everyone’s path is different and it is the journey that builds their self-worth.

When my daughter was in elementary school, she came home one day and told me boy tried to kiss her.  She asked me what to do.  I told her to go back to school and the next boy that tried that, to tell them that her mother said she couldn’t kiss a boy until she was a Black Belt.  This was the beginning of a story I tell all parents.  As she grew, I also explained the family rule.  Any daughter of mine would be a Black Belt before being allowed to date.  I never hesitate to tell other parents this when they wonder if they should put their daughters in Karate, next to their brothers. This always generates a positive response.

Who doesn’t want their daughter to have a Black Belt when entering the exciting pre-teen years?  I always suggest to parents that they invest in every aspect of their child’s success education.  Why wouldn’t you give just as much to your daughter’s ability to protect herself and to ensure her confidence in becoming an independent adult, as you do other parts of her education?  We are all created equal, but that doesn’t mean we get out of teaching our children how to become equal in the eyes of the rest of the world.  Put your daughters in martial arts!