Karate was an Investment in The Future for My Children 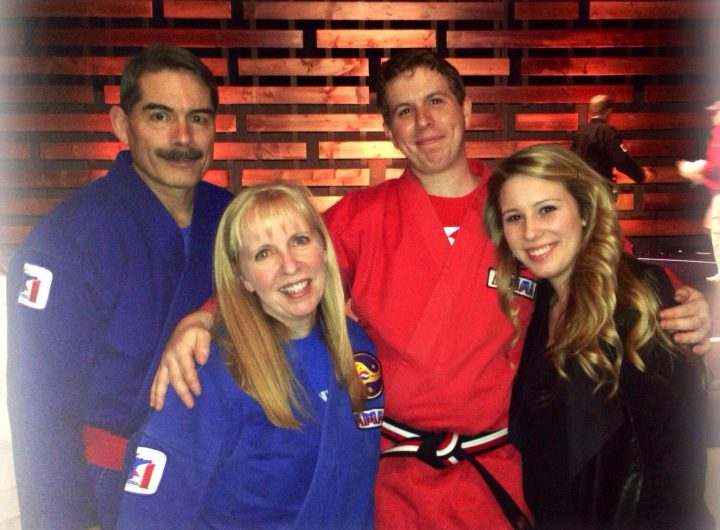 I had a parent recently tell me they were interested in Karate for their daughter who was 6 years old.  They postponed trying out Karate because they were considering basketball and swimming.  It made me consider, that I had a few thoughts to share on that subject.  I find that keeping children busy in sports and learning is a great part of helping children moving forward in a healthy way and away from things that would tempt them into an unhealthy childhood journey.

What I know, is that Karate and the martial arts, can be a companion to any sport all throughout childhood.  I have two children who took dramatically different paths.  They both had activities that stoked their passions.  My son was outdoors as much as possible, in the woods and preferably on a vehicle that had some sort of engine.

I would say he has continued that into adulthood.  He also stayed active in Karate from 7 years old until his present age of 36.  He earned his Black Belt quickly and at a young age.  My daughter started in Karate at 3 years old and continued until about 16.  She took her time through our pre-school program and then entered our regular kid’s classes. Her Karate was mixed with many years of cheerleading and dance.  She stayed the course in Karate and earned her Black Belt in about 8 years, all the while competing and enjoying her other activities.

As a parent, I am happy to report, that both of my children are now independent business people.  My son runs a successful Martial Arts School and my daughter started her own business in Marketing at the age of 22, after graduating from college.  I know that being raised to find their own confidence through their own action was a gift they gained through the martial arts.  As parents, we could give our children confidence through many avenues, but we should give them this gift.

They might find that their own efforts can get them to eagle scout or to become a master pianist.  Whatever it is, these activities have shown to help them learn to stand on their own and achieve through personal effort.  If we want children who are going to become self-sufficient, successful adults, our choices for them early in life can help us guide them to that goal.

I am a firm believer in choosing at least one opportunity for my children that requires their own personal effort, rather than having them participate in all team activities.  I tried to give them both in their young lives, but I made sure, that Karate was the constant.

I also know, through martial arts, they learned about success and failure.  They learned that their goals were rewarded when they succeeded.  They also learned, when they failed, it was not the end of the world. They had to pick themselves up, with guidance, and get back to work to improve themselves.

When you see an advertisement that says, “Give your child the Gift of Martial Arts”, it is truly a gift worth giving.