Struggles are Part of the Path to Black Belt 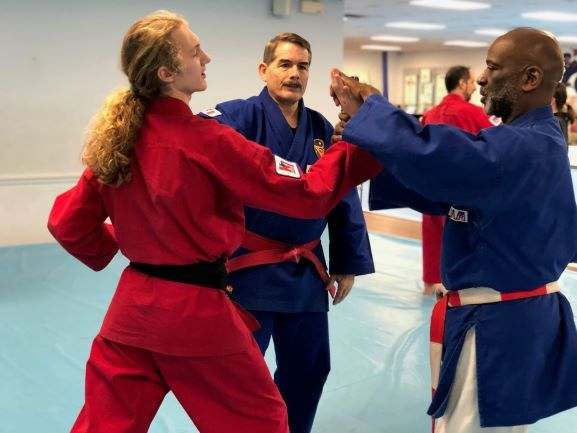 THE WHITE BELT BOY WHO BECAME A TEACHER!

I originally wrote this article 5 years ago when we had just promoted Mr. Mainwaring to Black Belt.  Now that he teaches many of our classes and is a 3rd Degree Black Belt, I thought the parents, in particular would love to read about his humble beginnings from his Mother’s perspective!

Struggles are part of the path to Black Belt

Over the years in Karate, Mr. O and I have watched many students bloom into confident, assertive, mannerly Black Belts.  Connor is no exception to that story.  In fact, he is exactly that story.  In this recent email from his mother, Erika, we all reflected on the early Connor, compared to the fabulously confident and courteous young man we now know.  Connor was special in our beginner classes for children.

When he moved to intermediate classes, he was often the class clown or the one doing everything except for what he was told to do.  As a Brown Belt, Connor started to show signs that there was a very good martial artist and a polite young man under the surface.  Connor has been a Black Belt for a little over a year.  He also just moved into teen class and enjoys the study of the various martial arts weapons.  Here is the letter from his Mom that started this blog entry.

–Nearly seven years ago, we were struggling to help Connor find some kind of hobby. Something OTHER than video games.  “You are not going to be 18, and look back on your life, and say, ‘Well, I excelled at Mario!’ ” He, of course, insisted, there was simply nothing else. We tried piano.  (I won’t tell you what a disaster that was, that’s another story.)  We tried swimming.  That went okay.  We’d tried soccer when he was four, and he didn’t even make two practices.  Finally, we tried Karate. He seemed to enjoy his month long trial of Karate, but at the end, said he didn’t want to go back.  Thinking of expenses, we thought, okay, let’s try something else.

That weekend, I went on what would turn out to be a fateful camping trip, with a large group of friends in the mountains of Tennessee. I was telling two friends, about signing Connor up for Karate, and how he seemed to like it, but said he didn’t want to go back.  Each of them had two very different stories, but with the same advice.

The other friend said, “My mom dragged me kicking and screaming to ballet for years, and I’m so GLAD she did.  I just didn’t want to stop what I was doing to go.  But I loved it when I got there, so she knew.  It was the best thing she could have done.”

Reflecting on that, and how he really DID enjoy his trial, when we got back I called Josh and signed him up for more karate. We sat him down and explained to him that he would try it for six months.  If at the end of six months, he wanted to try something else that would be fine.  But we really saw that he liked it, and thought this might be something for him.

Kicking and screaming doesn’t even begin to describe how hard it was to get him there at the beginning.  So many afternoons, as I pulled into the parking lot, with him shouting, “I don’t want to go!  I want to go home!  You can’t make me! As soon as six months is up, I’m quitting!” I began thinking, “Am I crazy?  Why am I doing this?  Why do I put myself through this?”  But gradually I noticed, looking in the rearview mirror, he would practice his knife hands as he continued to say he just wanted to go home.  Then, as we were walking in, he’d practice a little kick.  I kept thinking about what the one friend had said, “As long as he likes it when he gets there.”

Finally, the initial six months was almost over.  One night at dinner, he said, “I’m going to get my sparring equipment soon!” My husband and I looked at each other.  “Honey,” I said, “your six months is almost up.  You were going to quit after six months, remember? I’m not going to buy sparring equipment, just so you can quit.” Connor got really quiet.  “I don’t want to quit,” he said. The rest is history.  Thank you so much for all that you have done.  Karate International is like a second family to Connor, and we can’t express enough how grateful we are!