4 Things You Should Know About Your Personal Safety 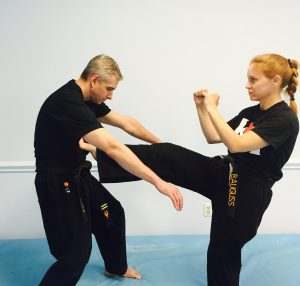 When most people think of an attack, they imagine a masked man in a dark parking lot, or breaking into a house, for a completely random act of violence.  The horrible and uncomfortable truth is that most attacks are not from the stranger but are committed by people who know the victim.  They are family members, friends, significant others.  They are people we have trusted, invited into our homes and with whom we dropped our guard.

FACT: Attackers and victims usually have some kind of relationship with each other.  Review the Statistics in North Carolina

While I will never understand how someone could attack a loved one, I have begun to understand the struggle victims go through and why people don’t want to, or can’t believe that someone they trust could harm them.  It’s not something anyone would want to believe, let alone consider.  It’s terrifying.  Even after an assault, many victims are quick to forgive and forget.  They feel responsible in some way.

They believe the attacker is genuinely sorry and won’t do it again, or they feel because they are family, they must be forgiven and allowed in their homes, regardless of what they did.  This is one of the main reasons so many attacks go unreported and the abusive cycles never end.

Even in cases where a person has attacked several family members on multiple occasions, the family still allows them into their home because they feel they “owe” it to the attacker because he/she is family and should, therefore be forgiven and given chance after chance.

Victims are also simply afraid to leave, not just because they feel they have nowhere to go, but also worry about the backlash that will happen when they do leave.  When you are already walking on eggshells trying not to anger someone, it’s very difficult to walk out and risk angering them more than ever.  This is where friends and family are so important.

If you know of someone being abused, encourage them to go to the police and help them find a safe place to go.  Let them know you stand behind them and it’s not their fault.  Let them know they have the right to be safe.

FACT: It’s not the victims fault.

Many victims cling to the false hope that “it was a one-time thing”.  It’s hard enough as it is to cope with someone you trust betraying you and it’s almost too painful to even imagine that they will attack you again, or attack someone else.  But the truth is, they will.  No one attacks someone once and then never does it again.  People who are violent, are just violent.  Do not allow a violent person into your safe space just because you feel like you should or because friends or family pressure you to do so.  All you are doing is providing them with a victim.  You are responsible for your life.

If you are ever in an abusive or violent situation, call 911 first and call a friend you feel safe around.  Do not continue to allow an abusive person in your life, regardless of who they are.  No one is allowed to cause you fear and threaten your safety.  No one is allowed to assault you just because they’ve had a bad day or had too much to drink.

FACT: You have the right and obligation to keep yourself and your home safe.  By the Numbers in North Carolina: Domestic Violence

I encourage anyone to grab a friend or two and take a martial arts class (Karate International has classes for ages 3 and up and for all levels) or attend one of our Take Control Self-Defense classes.

Find us on Facebook for the latest Self-Defense classes and updates.