What Will It Take? 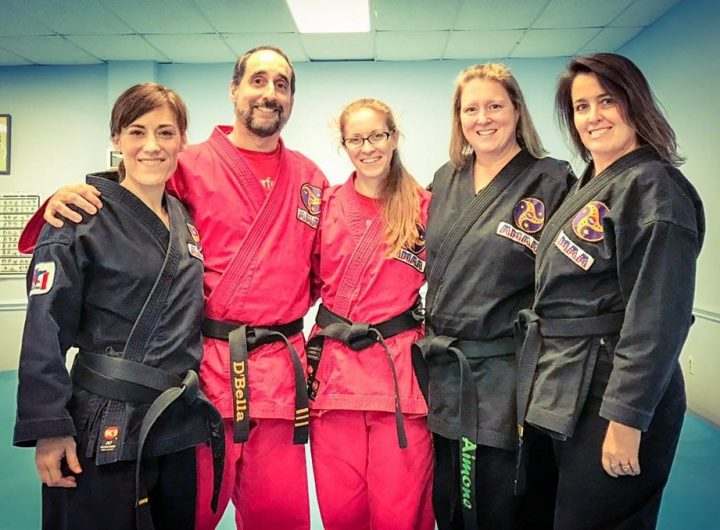 Women Need To Take Back Control – by Melissa J. Palmer

Many times I scratch my head in complete wonder about why more females don’t take some form of martial arts training or self-defense classes? After all, this is knowledge that can save your life. It allows you to take control of your own personal safety without depending on someone else. It gives you the freedom to really live your life independently.

… And then I think back to the long journey I had and what it took just to get me to walk in the door of a dojo. I have always had a love of martial arts. My favorite movies were drenched in martial arts scenes, my guy friends in high school and college took martial arts. I spent many weekends watching them train (while I did something like weight lifting or running on the treadmill) or sitting in the corner of the dojo watching them take a class. A class full of aggressive, adult males.

My understanding was that only kids did martial arts as an activity and as adults it was only appropriate for guys. I believed I couldn’t do martial arts. I was too small, too weak, too female. There’s no way I had a place in that world that intrigued me so much. All I could do was watch, appreciate, and support those friends of mine that did train.

When I was a student at Meredith College, every semester I would look at the karate class and be tempted. But every semester I came up with an excuse, like my schedule was already too full or I was already busy with singing, dancing, and acting that I didn’t need another “hobby”. It wasn’t until I was 32 years old and my life had reached a very difficult stage that things finally started to change. I was working a job I hated. I was extremely stressed out. And I had no outlet.

None of it was what I needed. My mind kept circling around martial arts, knowing that was the direction I was being pulled towards. So knowing there was no way I’d go to an actual school to train, I went to one of my best friends (Scott) who had done some training in the past but wasn’t currently involved with a school. I asked him to workout with me and teach me a martial arts way to work out. After a few weeks of this, Scott started mentioning I really needed to join a dojo.

My response was always absolutely not. Nope, not for me. But he wouldn’t stop. Finally, he gave me an ultimatum, if I wanted to keep working out with him, I’d have to start taking classes at Karate International. He agreed to even start back with me. Reluctantly I finally agreed to go watch a class, but I was in no way agreeing to take classes after.

So we picked a night to meet at Karate International of Raleigh where he had trained before. I vividly remember sitting in my Jeep thinking why am I here? There’s no way I can do this. To this day don’t know why I walked through the door but it was by far the hardest thing I have ever done. I walked in, was greeted politely at the desk as I awkwardly explained I was there to meet a friend and watch a class. At first I felt so out of place. But then I look around. It was a small class of men and women in class of various ages and physical ability (all beginners).

I paid attention to how the instructors interacted with them. The instructors challenged the students, pushed them, but did in an encouraging way. I got the impression the instructors believed in their students and were interested in each student trying their best. There was no comparing or negative remarks. In fact, the entire school had this positive and supportive energy that slowly had me relaxed and comfortable. Then I looked at what they were doing and realized I can totally do that!

Scott and I agreed to come back a week later and take a class. I insisted on a week later because wanted the same instructors. I didn’t want to risk taking a class with a different instructor who might react differently with the students. I don’t remember much from that first class. I don’t remember putting my uniform on. I don’t remember waiting to take class. But I do remember the moment I first stepped onto the blue wood floor. I felt a release of stress and anxiety. I felt an excitement of “wow I’m really doing this!” I was thrilled. I was proud of myself. I had just crushed my boundaries and everything that had been holding me back.

My journey from that day to my 1st black belt in karate and through other arts like jujitsu, judo, and Iaido was full of wow moments like that but that’s a whole other blog to visit later. I will say this though, martial arts has shown me who I really am. It has shown me all the ways I can be strong. It has shown me the things I want to change about myself and given me the tools to do it. It has given me the courage to face new challenges, and shattered my belief in my own boundaries.

It took years of doubting myself and only a moment to give myself a chance; it took a best friend not giving up on me, and an unbelievably supportive and encouraging martial arts family at Karate International to get me into class. And those karate classes at Meredith College I was always too busy to take…just so happens, their instructor was Mrs. O from Karate International and I am now the instructor of those classes I thought I could never do. What will it take for you?

Because you can do this. I encourage anyone to grab a friend or two and take a martial arts class or attend Take Control Self-Defense classes.